Fernand Cortes [Hernán Cortés de Monroy y Pizarro Altamirano, 1st Marquess of the Valley of Oaxaca[a] (Spanish: 1485 – December 2, 1547) was a Spanish conquistador who led an expedition that caused the fall of the Aztec Empire and brought large portions of what is now mainland Mexico under the rule of the King of Castile in the early 16th century. Cortés was part of the generation of Spanish explorers and conquistadors who began the first phase of the Spanish colonization of the Americas]. from The Exploration of the World, Celebrated Travels and Travellers, Celebrated Voyages by Jules Verne nonfiction. Published in three volumes from 1878 to 1880, Celebrated Travels and Travelers is a history of the explorers and adventurers who voyaged to the far reaches of the globe, discovered the wonders of exotic lands, and filled in the blank spaces on the world map. With illustrations by L. Benett and P. Philippoteaux, 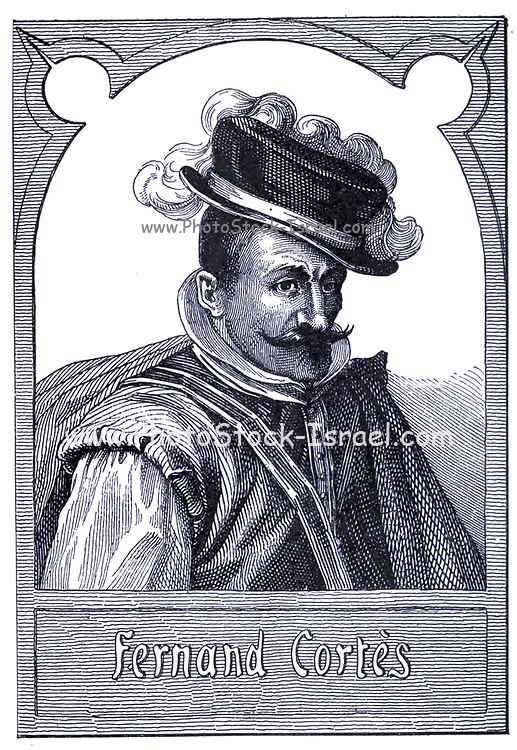