Toda Home or Mand Toda people are a Dravidian ethnic group who live in the Nilgiri Mountains of the Indian state of Tamil Nadu. Before the 18th century and British colonisation, the Toda coexisted locally with other ethnic communities, including the Kota, Badaga and Kurumba, in a loose caste-like society, in which the Toda were the top ranking. from the book ' The living races of mankind ' Vol 1 by Henry Neville Hutchinson,, editors John Walter Gregory, and Richard Lydekker, Publisher: London, Hutchinson & co 1901 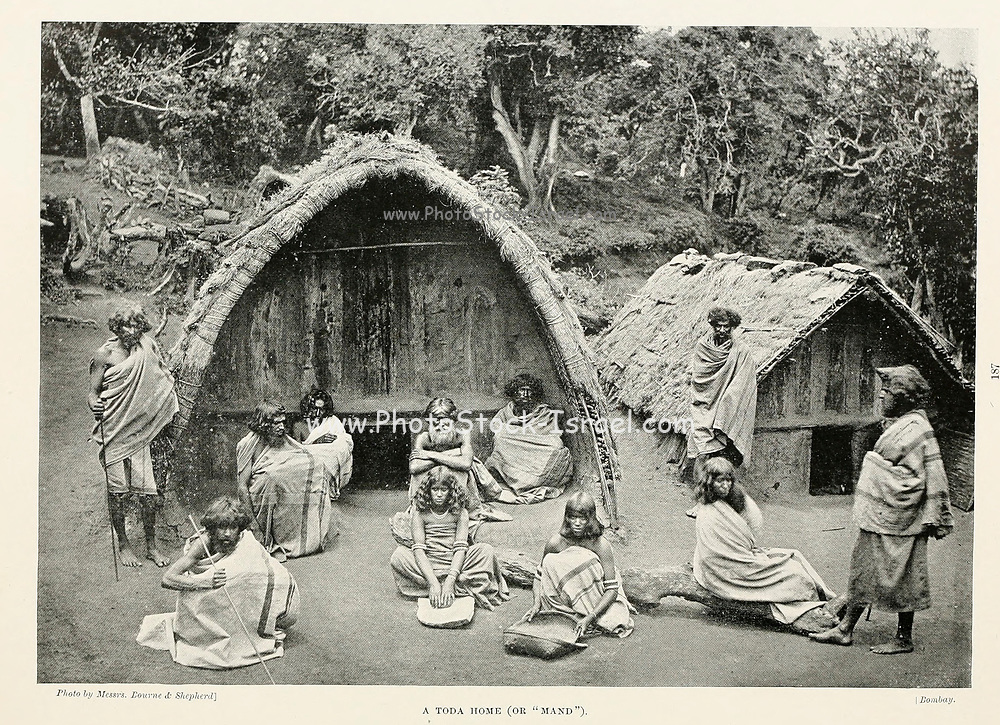