Nautch girls of Kashmir The nautch (meaning "dance" or "dancing") was a popular court dance performed by girls (known as "nautch girls") in India. The culture of the performing art of the nautch rose to prominence during the later period of Mughal Empire, and the rule of the East India Company.[2] Over time, the nautch traveled outside the confines of the Imperial courts of the Mughals, the palaces of the Nawabs and the princely states, and the higher echelons of the officials of the British Raj, to the places of smaller zamindars. from the book ' The living races of mankind ' Vol 1 by Henry Neville Hutchinson,, editors John Walter Gregory, and Richard Lydekker, Publisher: London, Hutchinson & co 1901 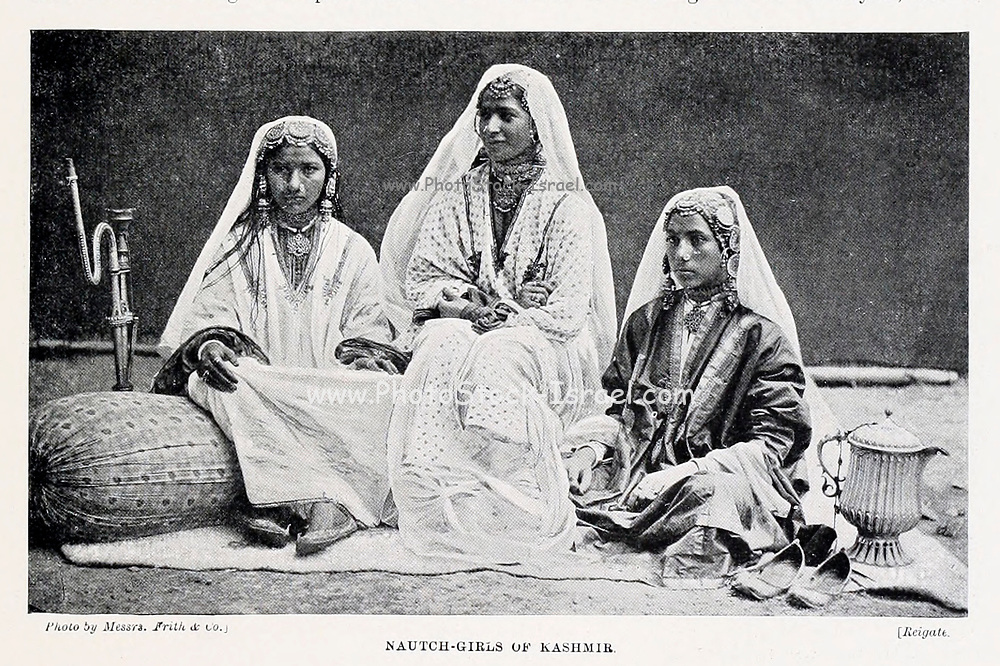