Henry Wager Halleck (January 16, 1815 – January 9, 1872) was a United States Army officer, scholar, and lawyer. A noted expert in military studies, he was known by a nickname that became derogatory: "Old Brains". He was an important participant in the admission of California as a state and became a successful lawyer and land developer. Halleck served as General-in-Chief of all Union armies from 1862 to 1864 during the American Civil War. from the book ' The Civil war through the camera ' hundreds of vivid photographs actually taken in Civil war times, sixteen reproductions in color of famous war paintings. The new text history by Henry W. Elson. A. complete illustrated history of the Civil war 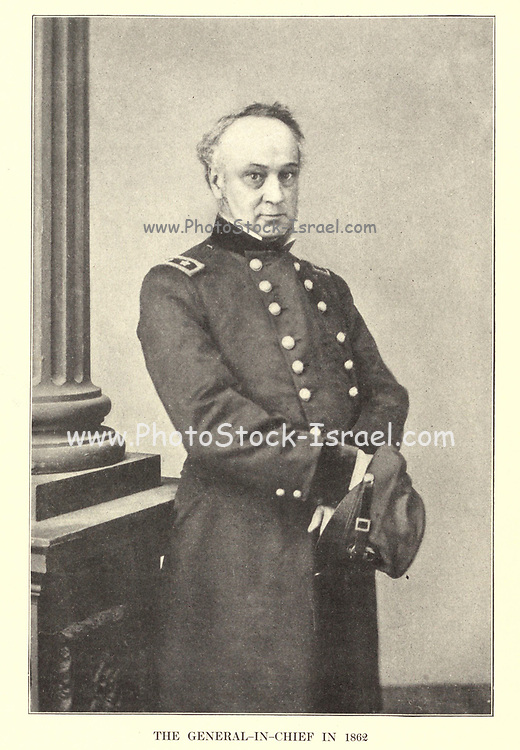