Kota women Making Pots Kotas, also Kothar or Kov by self-designation, are an ethnic group who are indigenous to the Nilgiris mountain range in Tamil Nadu, India. They are one of the many tribal people indigenous to the region. (Others are the Todas, Irulas and Kurumbas). Todas and Kotas have been subject to intense anthropological, linguistic and genetic analysis since the early 19th century. Study of Todas and Kotas has also been influential in the development of the field of anthropology. Numerically Kotas have always been a small group not exceeding 1,500 individuals spread over seven villages for the last 160 years. from the book ' The living races of mankind ' Vol 1 by Henry Neville Hutchinson,, editors John Walter Gregory, and Richard Lydekker, Publisher: London, Hutchinson & co 1901 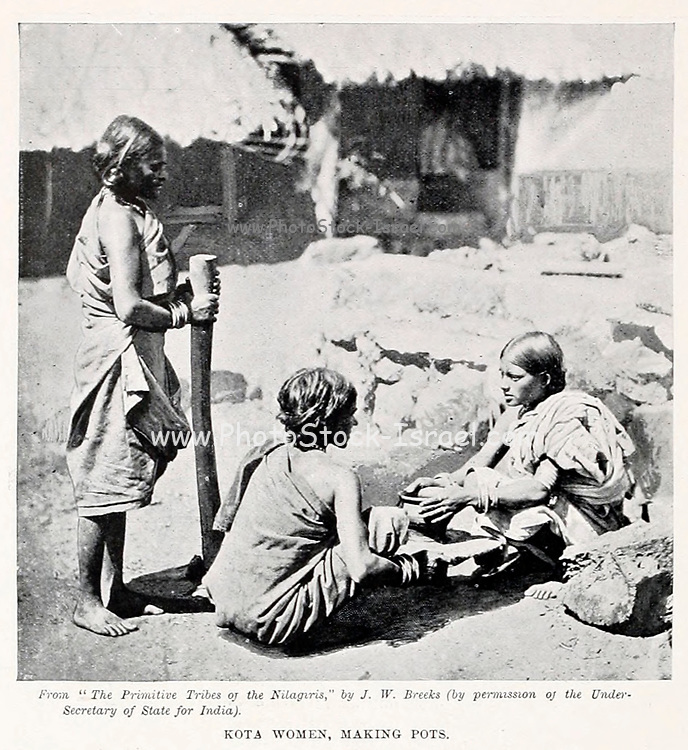