Benjamin of Tudela in the Desert of Sahara

Benjamin of Tudela in the Desert of Sahara. Benjamin of Tudela (1130-1173) was a medieval Jewish traveler who visited Europe, Asia, and Africa in the 12th century. His vivid descriptions of western Asia preceded those of Marco Polo by a hundred years. With his broad education and vast knowledge of languages, Benjamin of Tudela is a major figure in medieval geography and Jewish history. from The Exploration of the World, Celebrated Travels and Travellers, Celebrated Voyages by Jules Verne nonfiction. Published in three volumes from 1878 to 1880, Celebrated Travels and Travelers is a history of the explorers and adventurers who voyaged to the far reaches of the globe, discovered the wonders of exotic lands, and filled in the blank spaces on the world map. With illustrations by L. Benett and P. Philippoteaux, 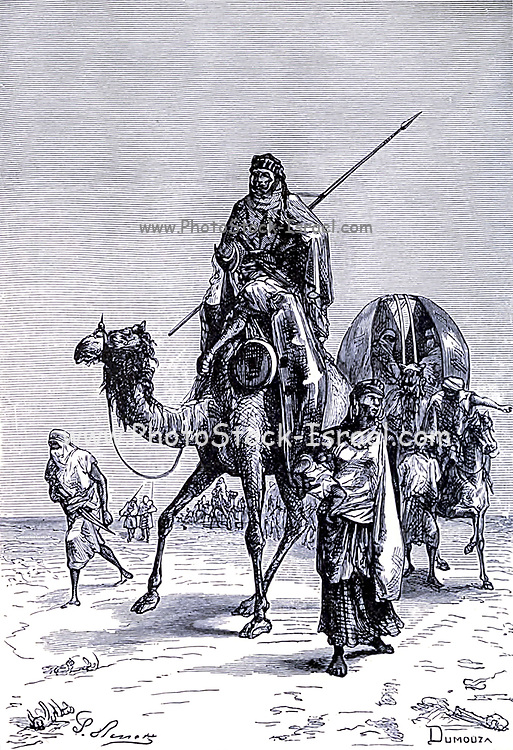