A Karen man and wife

A Karen man and wife [an ethnolinguistic group of Sino-Tibetan language–speaking peoples. The group as a whole is heterogeneous and disparate as many Karen ethnic groups do not associate or identify with each other culturally or linguistically. These Karen groups reside primarily in Kayin State, southern and southeastern Myanmar]. from The living races of mankind : a popular illustrated account of the customs, habits, pursuits, feasts & ceremonies of the races of mankind throughout the world Volume 1 by Sir Harry Hamilton Johnston, Henry Neville Hutchinson, Richard Lydekker and Dr. A. H. Keane published London : Hutchinson & Co. 1902 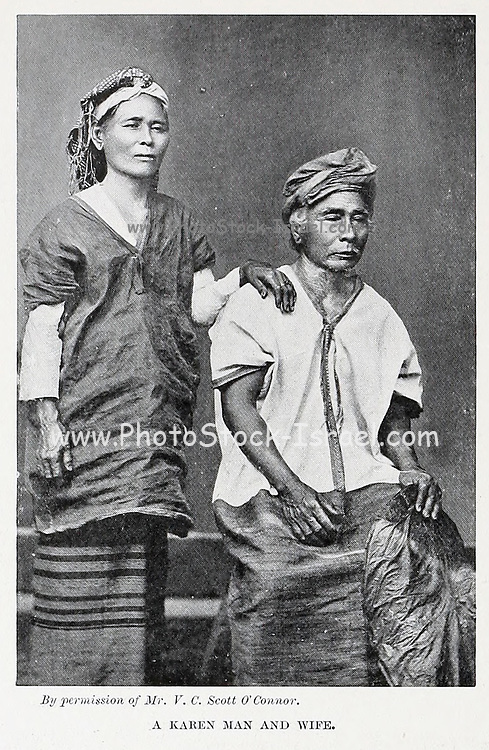