Machine Colorized Dahomeyan Amazons The Kingdom of Dahomey was a West African kingdom located within present-day Benin that existed from approximately 1600 until 1904. Dahomey developed on the Abomey Plateau amongst the Fon people in the early 17th century and became a regional power in the 18th century by conquering key cities on the Atlantic coast. From the book The living races of mankind; Volume 2 by Henry Neville Hutchinson, Published in London in 1901 by Hutchinson & co 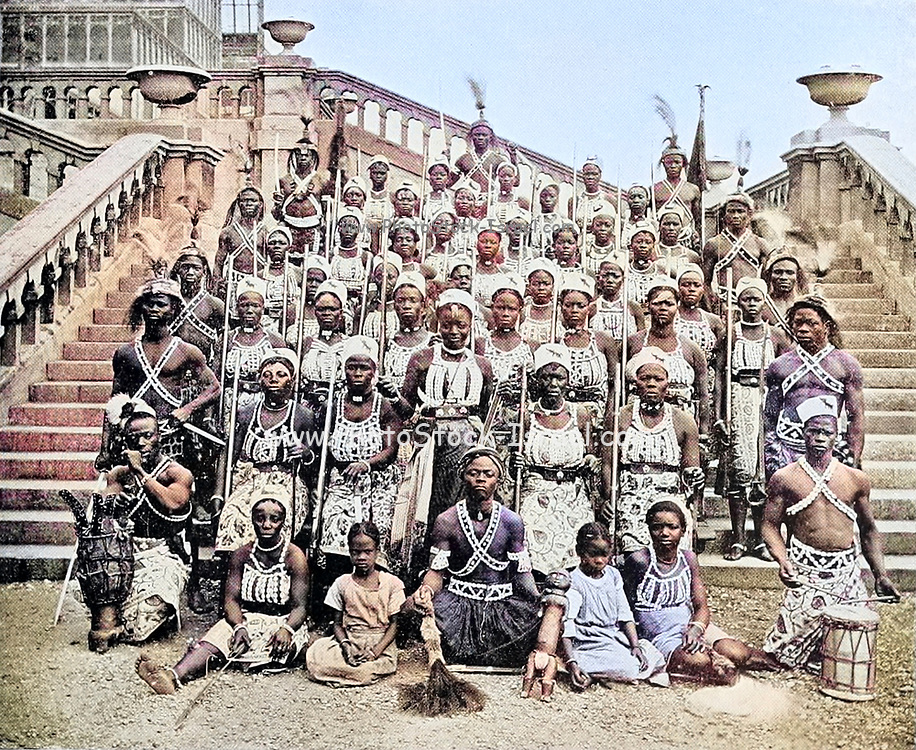