On the left sits Lieutenant J. B. Washington, C. S. A., who was an aide to General Johnston at Fair Oaks. Beside him sits Lieutenant George A. Custer, of the Fifth U. S. Cavalry, aide on McClellan s staff, later famous cavalry general and Indian fighter. Both men were West Point graduates and had attended the mili tary academy together. On the morning of May 31, 1862, at Fair Oaks, Lieutenant Washington was captured by some of General Casey s pickets. Later in the day his former classmate ran across him and a dramatic meeting was thus recorded by the camera. from the book ' The Civil war through the camera ' hundreds of vivid photographs actually taken in Civil war times, sixteen reproductions in color of famous war paintings. The new text history by Henry W. Elson. A. complete illustrated history of the Civil war 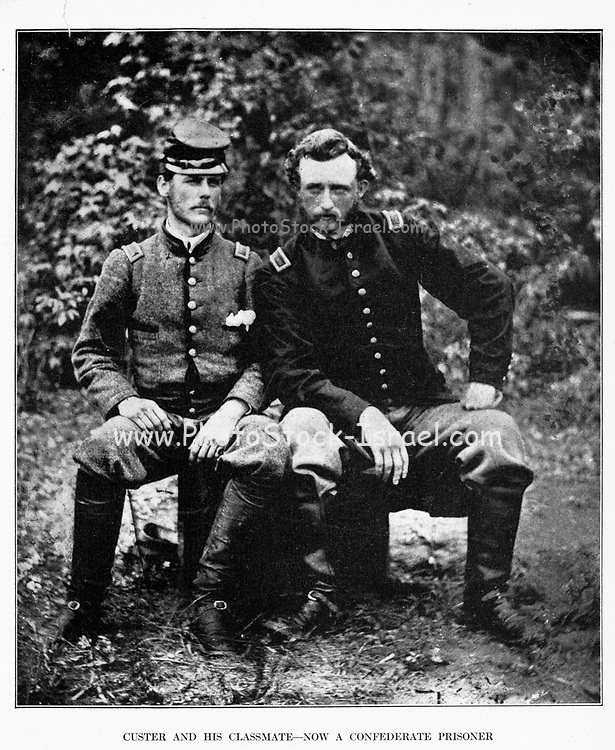