FLAG-OFFICER FOOTE [Andrew Hull Foote (September 12, 1806 – June 26, 1863) was an American naval officer who was noted for his service in the American Civil War and also for his contributions to several naval reforms in the years prior to the war. When the war came, he was appointed to command of the Western Gunboat Flotilla, predecessor of the Mississippi River Squadron. In that position, he led the gunboats in the Battle of Fort Henry. For his services with the Western Gunboat Flotilla, Foote was among the first naval officers to be promoted to the then-new rank of rear admiral] from the book ' The Civil war through the camera ' hundreds of vivid photographs actually taken in Civil war times, sixteen reproductions in color of famous war paintings. The new text history by Henry W. Elson. A. complete illustrated history of the Civil war 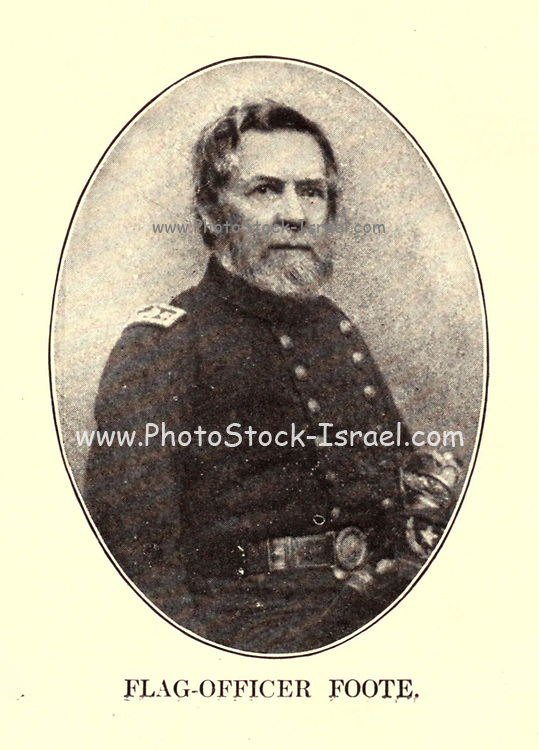