Jefferson Finis Davis (June 3, 1808 – December 6, 1889) was an American politician who served as the president of the Confederate States from 1861 to 1865. As a member of the Democratic Party, he represented Mississippi in the United States Senate and the House of Representatives before the American Civil War. He previously served as the United States Secretary of War from 1853 to 1857 under President Franklin Pierce. from the book ' The Civil war through the camera ' hundreds of vivid photographs actually taken in Civil war times, sixteen reproductions in color of famous war paintings. The new text history by Henry W. Elson. A. complete illustrated history of the Civil war 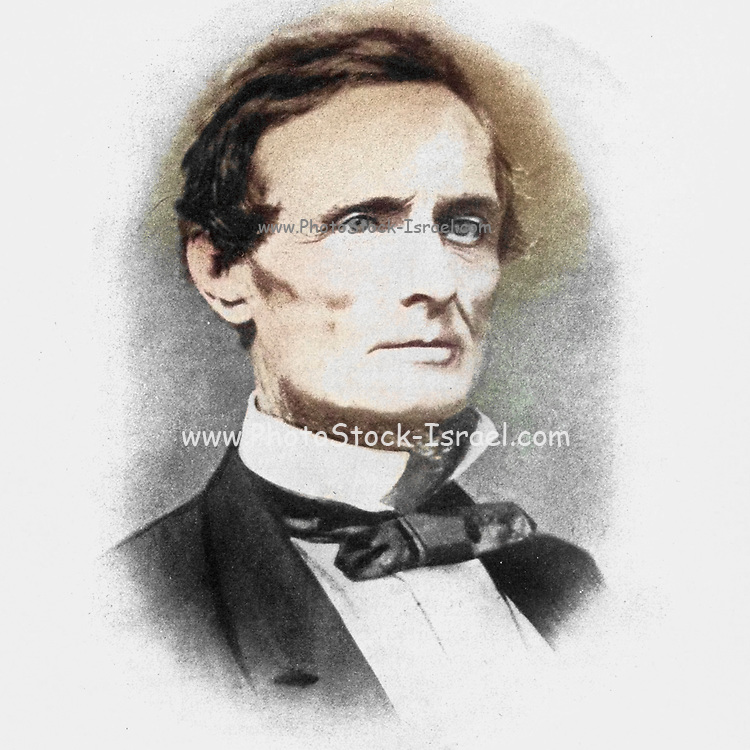