Jama Masjid, Delhi, India. The Masjid-i Jehan-Numa (lit. 'World-reflecting Mosque'), commonly known as the Jama Masjid of Delhi, is one of the largest mosques in India. It was built by the Mughal Emperor Shah Jahan between 1650 and 1656, and inaugurated by its first Imam, Syed Abdul Ghafoor Shah Bukhari. Situated in the Mughal capital of Shahjahanabad (today Old Delhi), it served as the imperial mosque of the Mughal emperors 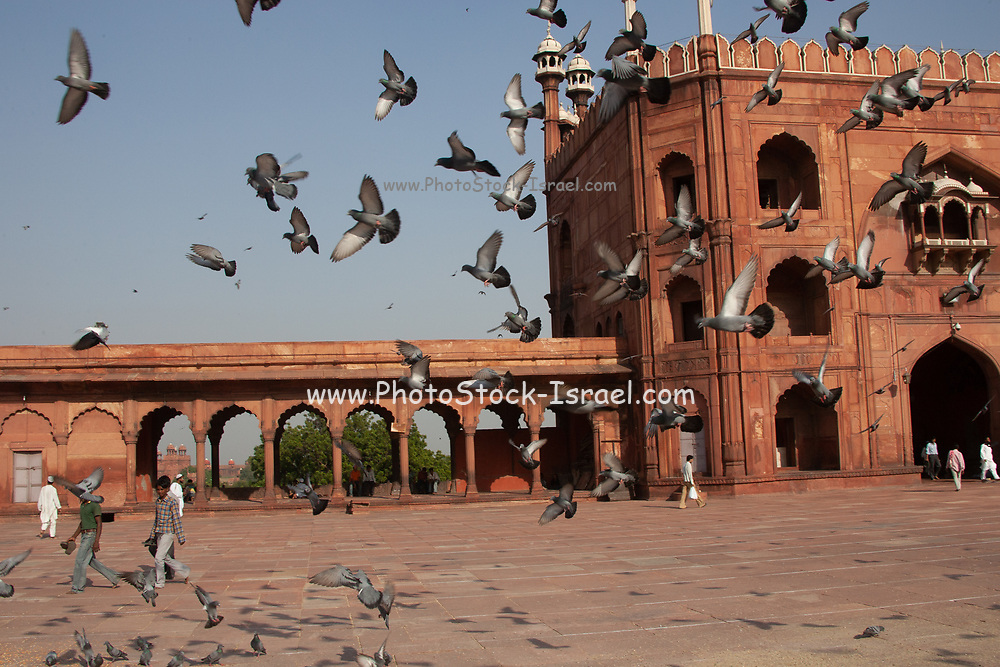