Carmelite Monk, Barefooted. Monachus Carmelita, Discalceatus, from the book ' Monachologia, or, Handbook of the natural history of monks : arranged according to the Linnean system ' by Born, Ignaz Edler von, 1742-1791; Krasinski, Walerian, 1780-1855 Published in 1852 in Edinburgh by Johnstone & Hunter. This is a Victorian anti-Catholic/anti-European satire or parody written in pseudo-scientific natural history jargon, complaining of the laziness, odd dress & weird habits (literally!), strange hours & stranger noises of various orders of monks, deposited of British shores by Papist Europeans of little merit and bad intent. Each major order of Monk is depicted & described in most unflattering terms. "Hence it is evident, that the monk forms a distinct class of mammalia, which holds a middle place, and forms a connecting link between man and monkey." 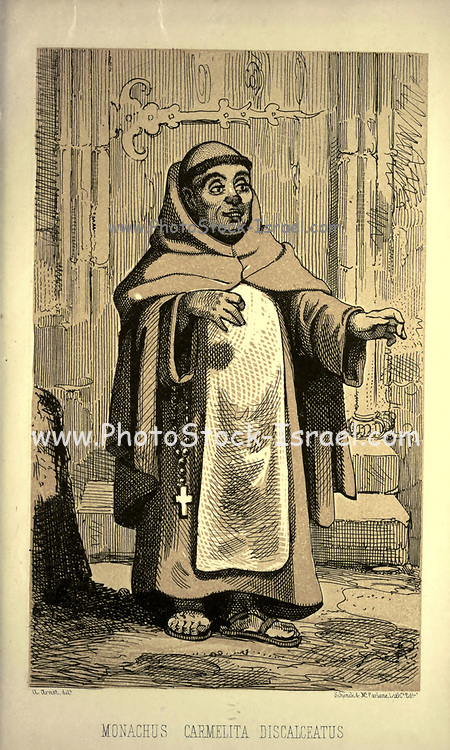