Captain Bligh in the power of the Mutineers.

Captain Bligh in the power of the Mutineers. HMS Bounty, also known as HM Armed Vessel Bounty, was a small merchant vessel that the Royal Navy purchased in 1787 for a botanical mission. The ship was sent to the South Pacific Ocean under the command of William Bligh to acquire breadfruit plants and transport them to the West Indies. That mission was never completed owing to a 1789 mutiny led by acting lieutenant Fletcher Christian, an incident now popularly known as the mutiny on the Bounty. The mutineers later burned Bounty while she was moored at Pitcairn Island. 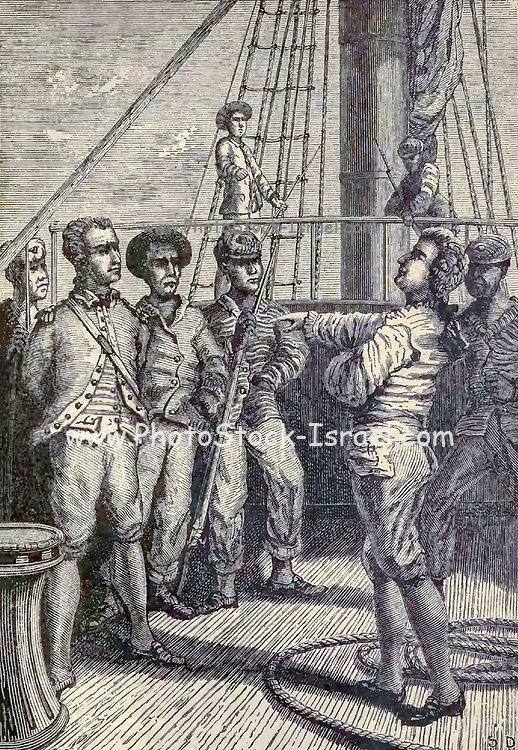