Israel, Bet Shean Roman theatre entrance for the general viewers into the seating area dating from the first century CE. During the Hellenistic period Bet Shean had a Greek population and was called Scythopolis. In 64 BCE it was taken by the Romans, rebuilt, and made the capital of the Decapolis, the "Ten Cities" of Samaria that were centers of Greco-Roman culture. The city contains the best preserved Roman theater of ancient Samaria as well as a hippodrome, cardo, and other trademarks of the Roman influence. Excavations at the cite are ongoing at the site and reveal no less than 18 successive ancient towns 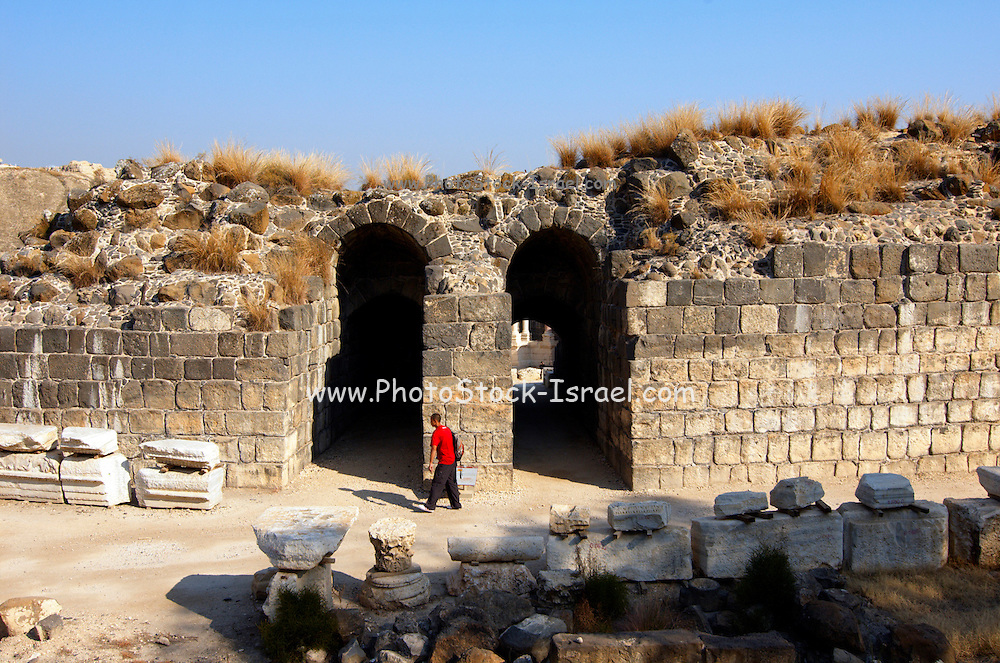