Vachellia tortilis, previously known as Acacia tortilis but now attributed to the genus Vachellia, is the umbrella thorn acacia, also known as umbrella thorn and Israeli babool, a medium to large canopied tree native to most of Africa, primarily to the savanna and Sahel of Africa (especially the Somali peninsula and Sudan), but also occurring in the Middle East. Photographed in Nahal Peres (also Wadi Peres, Peres Creek, Peres River or Peres Stream) is a seasonal riverbed the south of the Judean Desert, Israel that flows into the Dead Sea 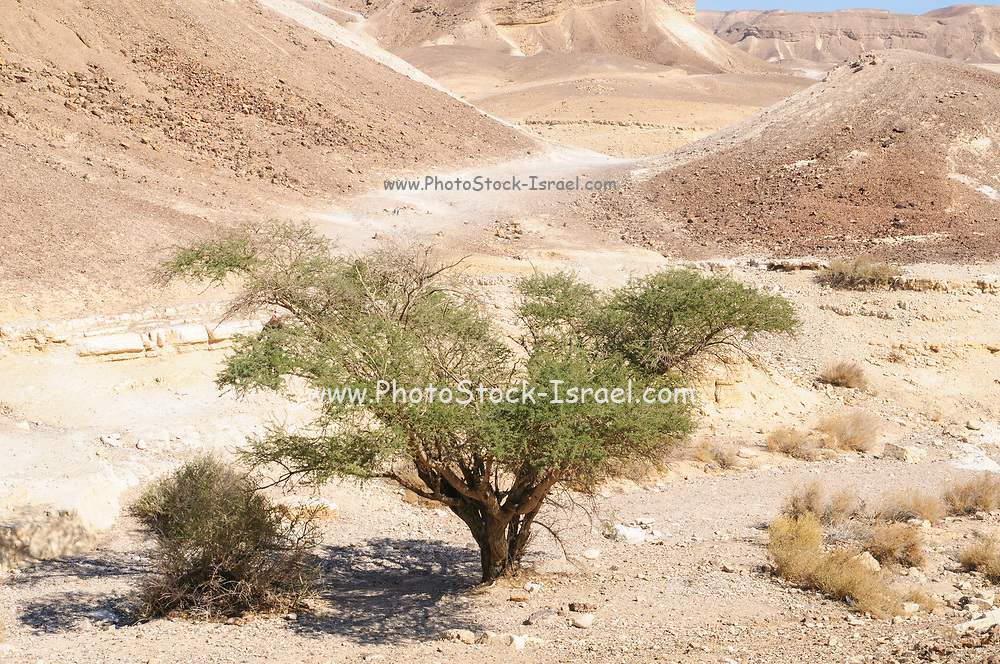