19th Century illustration of the Fountaine des Innocens [Fontaine des Innocents], Paris, France The Fontaine des Innocents is a monumental public fountain located on the place Joachim-du-Bellay in the Les Halles district in the 1st arrondissement of Paris, France. Originally called the Fountain of the Nymphs, it was constructed between 1547 and 1550 by architect Pierre Lescot and sculptor Jean Goujon in the new style of the French Renaissance. It is the oldest monumental fountain in Paris. Copperplate engraving From the Encyclopaedia Londinensis or, Universal dictionary of arts, sciences, and literature; Volume XVIII; Edited by Wilkes, John. Published in London in 1821 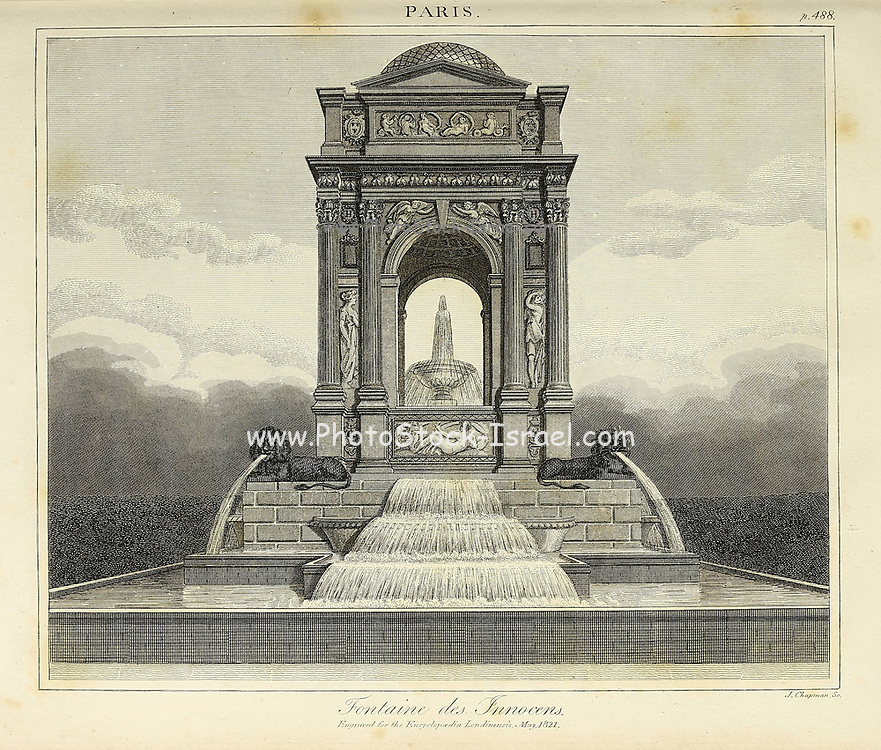