The Barbary sheep (Ammotragus lervia), [Here as Arui, or African Sheep Ovis lervia] also known as aoudad is a species of caprid native to rocky mountains in North Africa. Six subspecies have been described. Although it is rare in its native North Africa, it has been introduced to North America, southern Europe, and elsewhere. It is also known in the Berber language as waddan or arwi, and in former French territories as the moufflon. colour illustration From the book ' Wild oxen, sheep & goats of all lands, living and extinct ' by Richard Lydekker (1849-1915) Published in 1898 by Rowland Ward, London 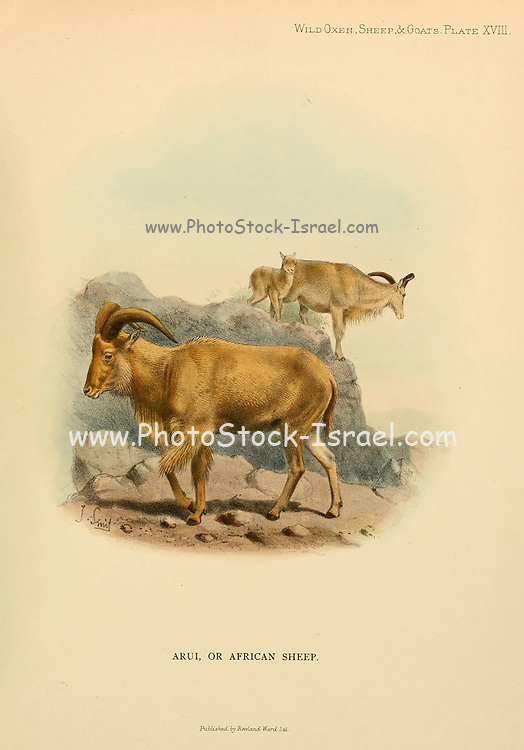