Theodore Roosevelt Jr. (October 27, 1858 – January 6, 1919), often referred to as Teddy or his initials T. R., was an American politician, statesman, conservationist, naturalist, historian, and writer who served as the 26th president of the United States from 1901 to 1909. He previously served as the 25th vice president under William McKinley from March to September 1901, and as the 33rd governor of New York from 1899 to 1900. Having assumed the presidency after McKinley's assassination, Roosevelt emerged as a leader of the Republican Party and became a driving force for anti-trust and Progressive policies. From the book ' The Washington monument illustrated; complete guide and history; authentic facts and figures; pictorial city of Washington ' by Ina Capitola Emery, Published in 1913 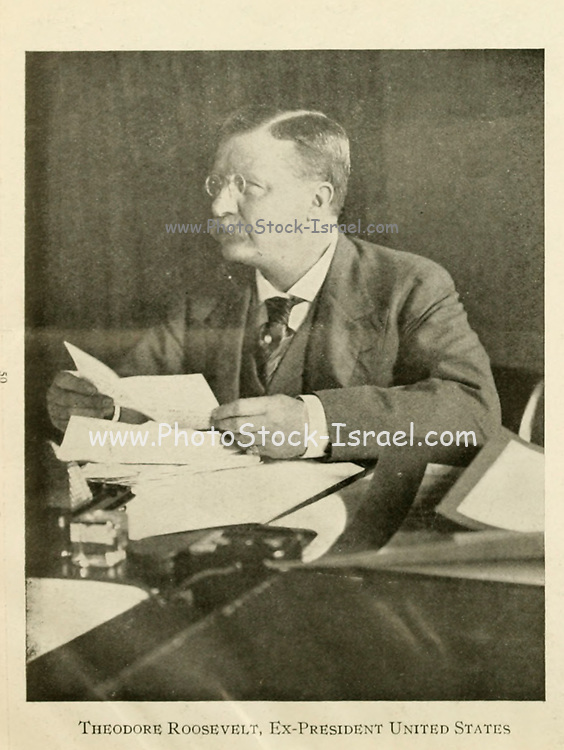