The leopard seal (Hydrurga leptonyx), also referred to as the sea leopard, is the second largest species of seal in the Antarctic (after the southern elephant seal). Its only natural predator is the killer whale. It feeds on a wide range of prey including cephalopods, other pinnipeds, krill, birds and fish. From the book ' Royal Natural History ' Volume 2 Edited by Richard Lydekker, Published in London by Frederick Warne & Co in 1893-1894 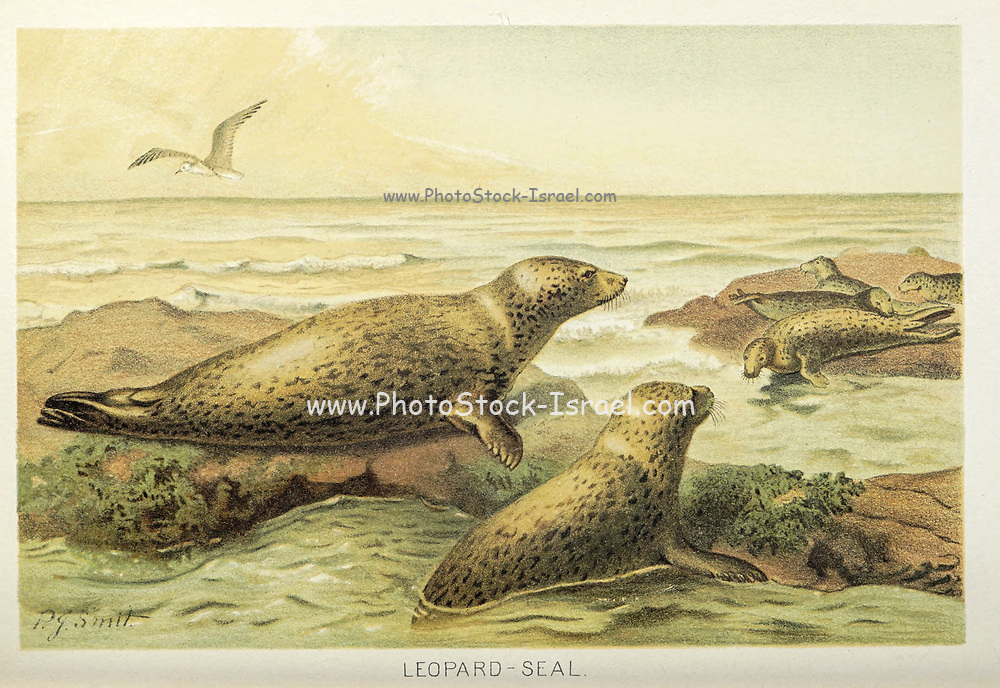